Here’s the scenario. You had too much to drink and didn’t have a plan B for going home, so you got behind the wheel and thought everything would be OK. Then the sirens are heard and seen. You’re pulled over and charged with driving under the influence.

Driving while inebriated or under the influence of drugs or alcohol is a serious offense. According to the Centers for Disease Control and Prevention, roughly 29 people are killed every day in car accidents caused by drunk drivers. This equates to almost one death every 50 minutes. State DUI laws are in place to assist prevent tragedies that may have been avoided and to protect you, other drivers, and pedestrians.

Being caught for DUI has a lot of ramifications, but it’s not the end of the world. Here are some pointers for living after a DUI and how to get back on your feet.

DUI Consequences in the Short Term

Suspension of your Driver License

Outside of DUI penalties, most states have rules in place to hold drivers accountable and discourage them from driving while inebriated. Many states enact administrative per se laws, which are implemented by the state’s Department of Motor Vehicles or other relevant agency. If you fail or decline a chemical breath test while suspected of driving under the influence, administrative per se regulations empower an arresting officer to suspend your license immediately.

Some states have implied consent laws in addition to administrative per se statutes. By having a driver’s license in that state, you automatically submit to a chemical test conducted by an arresting officer who has reasonable suspicion that you are driving while intoxicated. If you refuse the test, you will be breaking the law and your license will be suspended (among other potential penalties).

If you’re convicted of a DUI, you’ll almost certainly have to pay a fine, but you’ll also have to pay court and legal fees, license reinstatement fees, automobile impoundment fees, and other expenses. All of these expenses can add up quickly, leaving you with a mountain of debt to pay off. Some Time Behind Bars

Although you will be brought into custody and held in a holding cell when first caught for a DUI, most first and even second offenses will not result in significant jail time. In any case, any time spent in prison is horrible. It’s intentionally robbing you of your time and freedom, and getting out of jail generally necessitates posting bail, which means you’ll have to pay even more expenses.

A DUI arrest almost always results in court appearances, albeit the number of appearances varies from case to case. They all begin with an arraignment, in which you appear before a judge who:

The arraignment should be your first and only court appearance if you plead guilty to your DUI. The judge will determine the proper penalties, and you should not be required to appear in court again.

If you plead not guilty, however, you will be required to attend a preliminary hearing before a trial. The judge will evaluate if there is enough evidence against you to hold a trial during the preliminary hearing. The judge has the option of dismissing the matter or sending it to trial, where a jury will decide your fate.

While you can try to fit court dates into your schedule as best you can, odds are that at least some of the court dates will conflict with your work or school schedule, causing you to miss courses and work hours. When you have all of your penalties and fees to pay, the latter will be extremely inconvenient.

Previous post Dow Jones Today: What You Need to Know 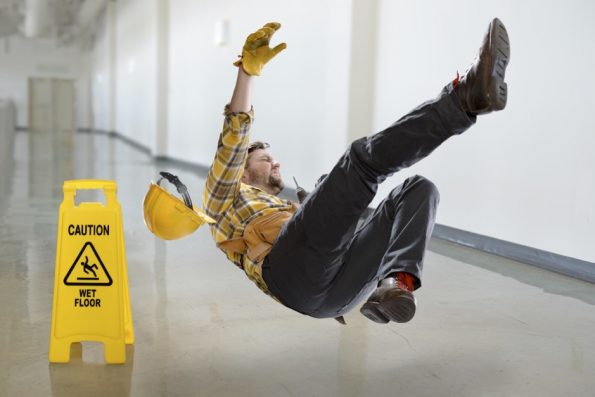 Next post Workplace Slip and Falls Accident Mistakes to Avoid

Losing a loved one through an accident that wasn’t their fault — like a car crash, fatal workplace injury, or...

Parking lots are some of the busiest places in any location. While these spaces are jam-packed even on normal days,...

While any road traffic accident has the potential to lead to injuries, truck accidents can often be much more serious...

Many people are well aware of the dangers that big trucks pose on the roads. Accidents involving large trucks like 18-wheelers...

In recent years, the number of individuals riding bicycles on the road has increased significantly. Environmentalists believe that such a...

Getting into a motorcycle accident is one of the worst things that can happen to you. It can lead to...